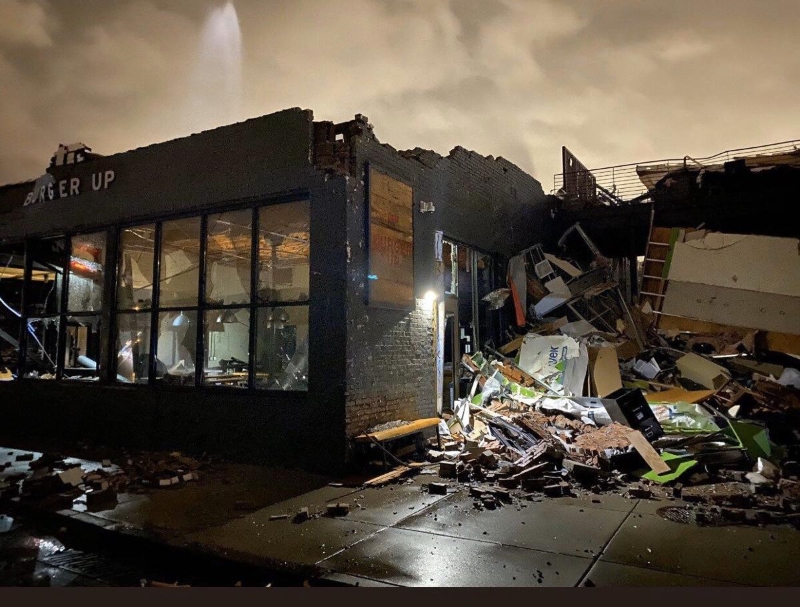 Our hearts are broken. Our eyes stare in disbelief at the utter devastation that has ravaged Rockport, Houston and other areas of Southeast Texas. And still there is more damage to come, more suffering that will have to be endured. We recall the challenging days in May of 2010 when Nashville suffered flooding on an unprecedented scale. And we remember the outpouring of support, the extraordinary responses of individuals who came to our aid. Now we are called upon to offer our own response. What is needed most now are generous financial contributions to support the efforts of all the individuals and agencies that have joined to together to provide immediate assistance on the long road to recovery in Texas and perhaps beyond. Be assured that 100 percent of your contribution will go directly to support the vitally needed supplies, services and financial assistance that will be provided to the flood victims. We know you will answer the call, as so many others in 2010 responded for us. Thank you for making a difference, thank you for saving a life. 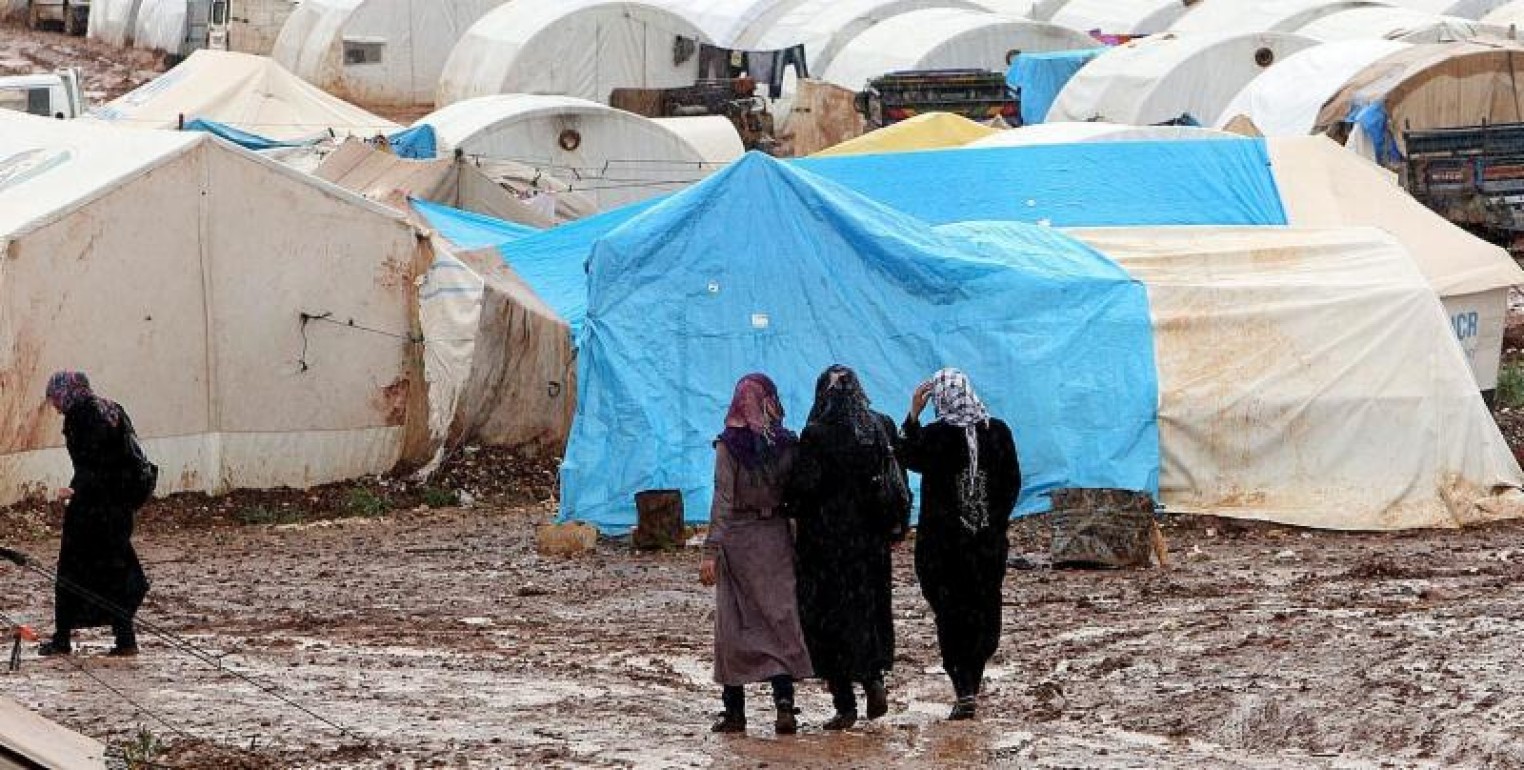 BE PART OF AN INTERNATIONAL JEWISH RESPONSE TO PROVIDE HUMANITARIAN AID TO REFUGEES AND MIGRANTS
Every day in the headlines we learn of the worsening plight of refugees from Syria and instability throughout the Middle East and North Africa. Many of those displaced are arriving in Europe illegally in old and dangerous boats sailing across the Mediterranean Sea, representing the most severe refugee crisis to hit Europe since World War II. In the wake of the flood of images and stories we see on the news and social media, we are called to action.
No one country or organization can address the scope of this global problem alone. Through the Jewish Coalition for Disaster Relief (JCDR), Jewish organizations have been quietly funding relief efforts to support Syrian refugees for the past two years.
To date, JCDR's assistance to Syrian refugees has been delivered in Jordan, which has seen more than 625,000 officially registered refugees enter the country since the beginning of the fighting in Syria.

This week, JCDR expanded the scope and mandate of its Jewish Coalition for Syrian Refugees in Jordan to include refugees and migrants in Europe and the Middle East. The human toll and needs will be massive and there is an urgent and compelling call for humanitarian and life-saving assistance.
If you would like to be part of a collective, international Jewish response to provide humanitarian aid to the Middle Eastern refugees and migrants, Federation's overseas partner, the American Jewish Joint Distribution Committee (JDC), and others are mounting a coordinated Jewish effort.100% of monies raised will be utilized for direct services to those in need.
More than once, we too were strangers. Join the Jewish community in making a statement about our values and our commitment to learn from the painful lessons of history.
You may also mail your donation check to:
Jewish Federation of Nashville and Middle Tennessee
(with a notation for Refugee Crisis)
801 Percy Warner Blvd.
Suite. 102
Nashville, TN 37205

At this difficult time, we affirm that we stand in solidarity with the 500,000-strong French Jewish community, the families and friends of the victims of the Charlie Hebdo shooting and the entire nation of France. Join us and sign our message of condolence and solidarity.

We will continue to keep you apprised of the situation and ask you to consider making a donation to aid French Jews. For more information, please read our letter to the French Jewish community and our media statement, and listen to our teleconference featuring JTA European coorespondent Cnaan Lipshiz and communal security expert Paul Goldenberg.

We thank you in advance for your generosity. 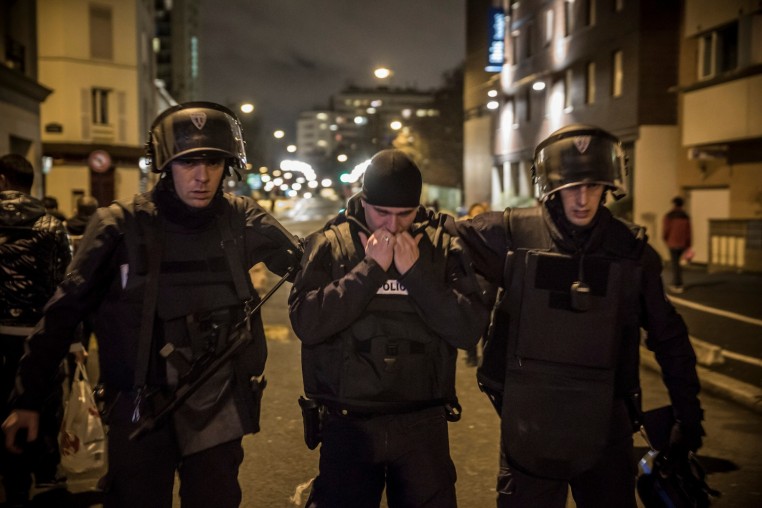 A police officer reacts as he is escorted from the scene following the hostage situation at Port de Vincennes on Jan. 9, 2015 in Paris, France. (Photo by Dan Kitwood/Getty Images via JTA News) 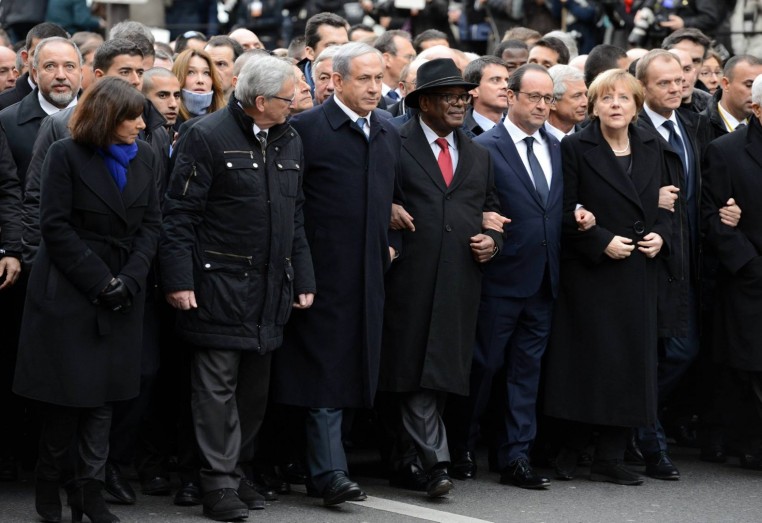 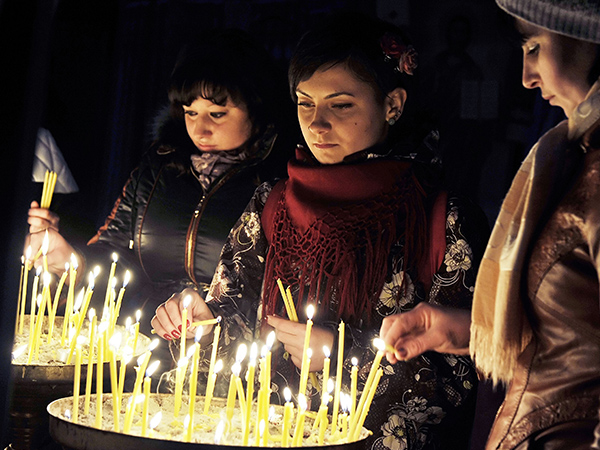