Community Relations Committee (CRC) serves to advocate for Jewish interests and values, protect the safety and security of Jewish people locally and in Israel, and foster constructive relationships within the Jewish community and among people of all faiths and cultures to promote a more just, democratic, and pluralistic American society.  We do this work through education, advocacy, and bridge building with community partners. 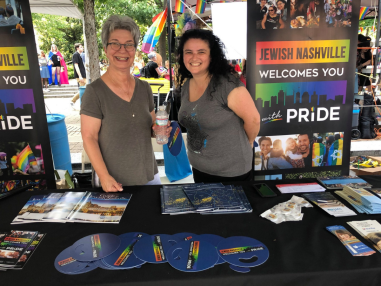 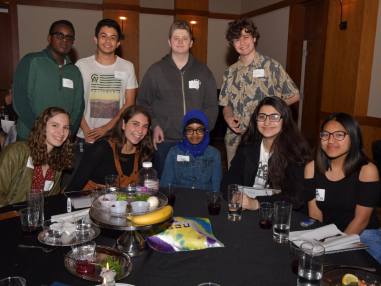 Jewish Federation Community Relations Committee (CRC) advocates for Jewish interests and values,  and is actively dedicated to efforts for safety and security of the State of Israel and to foster constructive relations within the Jewish community and among people of all faiths and cultures in order to promote a just democratic and pluralistic American society.  CRC represents Jewish interests locally and serves as the connecting point between the Jewish community and the general community.

Jewish Council for Public Affairs (JCPA) is the national hub of the community relations network, representing 125 local Jewish community relations councils and 16 national Jewish agencies, including the four main denominations of American Judaism (Orthodox, Conservative, Reform and Reconstructionist). JCPA convenes, coordinates, builds consensus, and mobilizes our network on key issues while serving as the national representative of the network’s public policy and public affairs platform. Together, we and our network advocate for a just and pluralistic American society, Israel’s quest for peace and security, and human rights around the world in common cause with other civic, racial, ethnic, and faith-based leaders. Our motto is to educate, advocate, and mobilize.

New Israel Fund (NIF) protects and advances democracy in Israel. NIF was founded in 1979 to actualize the vision of Israel’s founders of a Jewish and democratic state that, in the words of the Declaration of Independence, “ensures complete equality of social and political rights to all its inhabitants irrespective of religion, race or sex.” As part of this central mission, NIF works within six key issue areas to secure freedom of and from religion, as part of a vision of a just and democratic Israel. We fight for religious tolerance, for gender equality, and against the ultra-Orthodox monopoly on Jewish life and practice.

Israel Action Network (IAN) mission is to build a strong base of support and counters delegitimization in the context of two states for two peoples. IAN is strategically and effectively helping to turn the tide against BDS, anti-Zionism, and antisemitism. IAN builds support in the most complex arenas: campuses, churches, labor unions, academic and professional associations, progressive movements, and in other critical sectors. IAN has developed a successful and unique advocacy model based on three pillars: 1) Cultivating the right messengers in each sector 2) Developing messages that resonate with each sector’s target audience 3) Coordinating networks and providing them with infrastructure to support their work. Through close partnership with scores of pro-Israel groups and our vast network of 146 Jewish Federations, 300 small independent communities, and 125 community relations councils, we defeat BDS when and where it arises — in local communities and nationally.

Anti-Defamation League (ADL) is a leading anti-hate organization. Founded in 1913 in response to an escalating climate of anti-Semitism and bigotry.  It’s timeless mission is to stop the defamation of the Jewish people and secure justice and fair treatment to all. Today, ADL continues to fight all forms of hate with the same vigor and passion. ADL is the first call when acts of anti-Semitism occur. A global leader in exposing extremism, delivering anti-bias education and fighting hate online, ADL’s ultimate goal is a world in which no group or individual suffers from bias, discrimination or hate. The ADL Southeast Region – based in Atlanta but covering Alabama, Georgia, South Carolina and Tennessee is a resource for the Jewish community to educate Jewish students and families on how to confront anti-Semitism, investigate anti-Semitic acts and incidents, and advocate for a safe, and more just world.

Hebrew Immigrant Aid Society (HIAS) rescues people whose lives are in danger for being who they are. HIAS protects the most vulnerable refugees, helping them build new lives and reunites them with their families in safety and freedom, and advocates for the protection of refugees and assures that displaced people are treated with the dignity they deserve.

Israeli Emissary (Shlichut) Program is a partnership between Jewish Federation & Jewish Foundation of Nashville and Middle Tennessee, World Zionist Organization and the Jewish Agency for Israel.  The program provides us with a young Israeli Emissary who has been specifically trained to provide Israel education and engagement programs for our entire Jewish community of Nashville and Middle Tennessee.  The partnership serves to strengthen the unique and multi-faceted significance of Israel in connecting the next generation of Jewish people to its heritage and homeland.