We are stronger together, and we must continue to grow our local Jewish community by offering new opportunities to connect. Whatever stage of life you are in, Jewish Federation provides events and programs that are designed to educate, entertain and bring us together to help build and strengthen our community.

From in person events before the pandemic to virtual events during current circumstances, your dollars support programs, speaking engagements  and celebrations. We reach out to and welcome newcomers to the area, and help them make contacts with other like-minded individuals while helping them to become acclimated with Jewish life in Middle Tennessee. 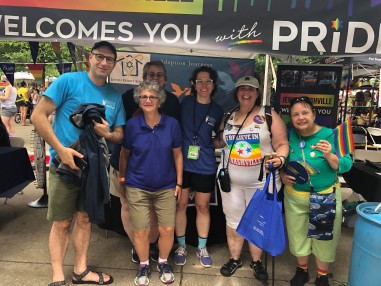 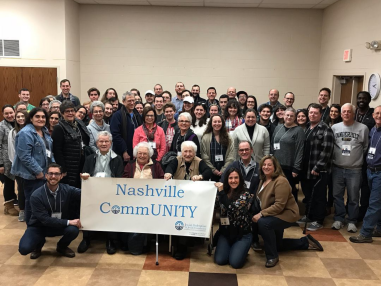 Congregational Grants are funds that every synagogue in the community receives a that are to be used for Jewish educational programming over the course of a year.

Jewish Federation Outreach and Engagement grant is to increase efforts towards integration of newcomers and those seeking to become more involved in the community and to create meaningful volunteer opportunities for those seeking increased engagement.

Gordon Jewish Community Center Nashville Jewish Film Festival is a month-long film festival dedicated to showing contemporary films that explore Jewish life in the US, Israel and throughout the world.

Congregation Micah’s Women's Seder is a Passover seder experience that is inclusive of and outreaching to the interfaith and unaffiliated Jewish communities in Middle Tennessee.  Since its inception at  Congregation  Micah, The Women's Seder has grown from 35 participants to over 180 men and women alike. Through the use of a uniquely feminist and inclusive Haggadah, enriching music, and community participation, guests experience a spiritually uplifting and meaningfully feminist version of the Exodus story.

Pardes is an open, non-denominational Jewish learning community, based in Jerusalem with programs worldwide, including academic year, summer and short-term learning programs in Israel.  Diversity is at the core of Pardes. Its students represent a broad spectrum of the Jewish world, resulting in a vibrant community constantly engaged in honest, dynamic and constructive debate leading to deep personal reflection and growth.

Hadassah, the Women’s Zionist Organization of America, Inc., was founded over a century ago, before Israel was a state, and before women could vote. Since that time, the organization has remained unwavering in its commitment to women’s health and well-being, to Israel, and to Jewish values and continuity. But while Hadassah’s heritage and mission remain as strong as ever, the role of women and Jewish culture here and in Israel, has evolved over time. The organization, too, has evolved, taking on new challenges and developing new programs.

Hebrew Union College-Jewish Institute of Religion (HUC-JIR)*, founded in 1875, is North America’s premier institution of Jewish higher education and the center for professional leadership development of Reform Judaism. A multi-campus academic and spiritual learning community with locations in Cincinnati, Jerusalem, Los Angeles, and New York, HUC-JIR’s mission is to build vibrant progressive Judaism in North America, Israel, and around the globe by studying the great issues of Jewish life, history, and thought with an open, egalitarian, inclusive, and pluralistic spirit.  We educate innovative, visionary clergy and professionals who embody the sustaining values, responsibilities, practices, and texts of Jewish tradition to inspire future generations. We are seeking the renewal of a grant to support the programs and activities that enable the College-Institute to fulfill this mission.

*This grant is met in honor of our local Jewish Clergy whom attended Hebrew Union College-Jewish Institute of Religion (HUC-JIR).

Chabad Yeshiva, United Lubavitcher Yeshivoth, or Tomechei Temimim, was founded by Rabbi Sholom DovBer Schneersohn for the study of Hasidic philosophy according to the Chabad tradition.

Seminario Rabinico Latinoamericano’s mission is to improve Jewish life in Latin America through leadership training, in particular rabbis, cantors, teachers, lay leaders, etc. The proposed program is at the core of the mission. Our Abarbanel Institute trains teachers for over 40 years.

*This grant is met in honor of our local Jewish Clergy whom graduated from Seminario Rabinico Latinoamericano.

Yeshivah Chovevah Torah’s mission is to recruit, professionally train, and place rabbis throughout the world, who will lead the Jewish people and shape their communities’ spiritual and intellectual character in consonance with Modern Orthodox values and commitments. Our alumni are building communities that are inclusive and welcoming, teaching a Torah that motivates and inspires.

*This grant is met in honor of our local Jewish Clergy whom attended Yeshiva Chovevah Torah.

Gordon Jewish Community Center Operational Budget grant provides a building space for other Jewish organizations to use  to help in maintaining a strong community.